How To Apply Thermal Paste on CPU

Before we break down the best CPU cooling paste, a very logical question pops up in our mind, that is, how to apply thermal paste on CPU, how much thermal paste is required, or how long does best thermal paste lasts.

We have explained these important questions including methods to remove thermal paste in this guide. Also how much thermal paste to apply to the CPU.

Thermal paste is applied between the heat sink and CPU. It’s a thermal gel that helps to transfer CPU heat efficiently.

Below we have made a list of the best thermal paste for CPU and GPU.

Read Also: How To Monitor CPU Temperature: All in One CPU Temp Guide

Starting at number 1 we have the Thermal Grizzly Kryonaut. While liquid metal thermal compounds are amazing, you may need an alternative for your slick aluminum low-profile CPU coolers.

Thermal Grizzly Kryonaut is one such solution and a solid choice when Condutonaut isn’t an option. Kryonaut is similar to the company’s liquid-based solution, but this one is a non-conductive thermal grease paste.

That means it’s safe and perfect to apply thermal paste if you’re new to the scene although you still need to be cautious with the syringe.

Let the applicator do the work, as there’s not much thermal grease in the syringe and it’s only available in 1 gram size. The only drawback to this CPU thermal paste is the price as it doesn’t go far but is very effective.

It’s a definite step up from Arctic Silver in our eyes, just be prepared to buy extra thermal grizzly kryonaut thermal grease if you have a massive setup or more than one computer to treat.

At number 2 in the list of best thermal paste for CPU is we have the Arctic MX-4. Arctic thermal paste. It makes a slew of PC accessories including
CPU coolers and is considered the best thermal compound paste.

We chose a product from their MX lineup dubbed Arctic MX-4, a carbon-based solution for consumers that need to cut down the heat but aren’t
comfortable using liquid metal.

Arctic’s thermal paste compound is non-conductive which makes it safe in case you get a little crazy with the syringe. The carbon mixture is ideal for heat transfer and durable to boot.

The company claims you’ll get around eight years per application and there are three sizes to choose from. That’s handy in case you’re running a
repair shop and need the best thermal paste for GPU upgrades or CPUs.

Read Also: What is the Ideal GPU Temp Range While Gaming?

We feel Arctic thermal paste is one of the best TIM for users with high-end machines, but not much experience with compounds of this nature. That’s because it’s easy to use, and you won’t have to worry about damaging components if there’s a mishap.

Arctic MX-4 thermal paste is available in three sizes with 2, 4, or 20 grams depending on your needs.

At number 3 we have the Thermal Grizzly Condutonaut the best thermal paste in terms of price and performance.

Well, Thermal Grizzly Conductonaut is one of the best thermal pastes for CPU swaps and a CPU fan-favorite among PC builders.

This is a liquid metal compound that can deliver a drop of 8 degrees or better in CPU temperature. It has increased mixed indium content
with tin, gallium, and based on a eutectic alloy.

It has a thermal resistance of 0.0021 K/W while the conductivity clocks in at 73W/MK, so it’s stable and not just in the short term.

In a nutshell, it’s an excellent PC thermal compound that will not disappoint. As mentioned, you’ll want to have some experience under your belt with liquid metal compounds, and Conductonaut is one of the more expensive options in this class.

It’s well worth the money, but you’ll want to be careful as you’ll only get 1 gram of CPU thermal paste in a syringe.

At number 4 we have the Noctua NT-H1 another best thermal paste for CPU and GPU. Some manufacturers give you the scoop on what’s
in their syringe, while others are a little more mysterious.

NT-H1 from Noctua falls into the latter category as it’s a hybrid compound designed for use on the tech that needs to stay cool under extreme
loads.

This non-conductive CPU thermal paste won’t corrode which makes it an excellent choice for GPU coolers of all styles.

Compressor coolers are also a lock as this compound is easy to spread and doesn’t require a burn-in period like some pastes.

This best thermal for CPU will need to be replaced every 3 years and has a shelf life of 2 years before it starts to break down. We may not be sure what’s in Noctua’s syringe, but believe us when we say it works.

Each Noctua NT-H1 thermal paste has a 3.5-gram syringe which is good for up to 20 CPUs or several heatsinks depending on their size.

It’s an excellent paste overall, just keep the lifespan in mind as other compounds will hold up a bit longer. It’s the best CPU heatsink compound but a bit expensive.

Yet another best GPU thermal paste and CPU in our list is the MasterGel Maker Nano. If you’re looking for something exotic, Cooler Master has a solution.

The company’s MasterGel Maker Nano uses an unusual substance in its mix which makes it easy to spread and immune to other issues. Worried about oxidation or erosion in your build?

This best CPU heatsink paste is designed to give you peace of mind in those areas. There are nanodiamond particles in this exotic hybrid compound, which means fewer gaps and a more efficient heat transfer between components
and your heatsink.

We’re also fans of the viscosity which makes removal and application simple, even if you’re inexperienced. Cooler Master’s compound comes 4 grams per syringe which are par for the course with thermal paste.

You may need more if you have a lot of components to deal with, but will appreciate the included spreader and cleaner either way.

The Coollaboratory Liquid Ultra Thermal Paste is another CPU thermal compound available in the market to reduce CPU overheating.

Ready for some serious thermal grease? If so, you’ll want to consider Coollaboratory’s compound which is guaranteed to drop your CPU temperatures several degrees and maintain normal PC temperature.

This CPU thermal paste is another popular option for gamers, and overclockers stand behind, but not one for novices.

It’s a liquid metal, so while it will cool things down, you will want to take care to and not let it get away from you. You’ll also want to clean the area thoroughly before applying Liquid Ultra if you want the full effect of this compound.

While you’ll need a good brush and some patience for this product, the results speak for themselves. It’s reasonably priced and made from 100%
metal although only available in one size.

It’s also not ideal for aluminum or other alloys that don’t play nice with liquid thermal pastes of this nature.

When silver doesn’t impress you, diamond is another exotic option used in some thermal pastes today. Innovations Cooling’s 7-carat compound doesn’t quite live up to its namesake but is a great thermal conductor nonetheless.

7 Carat thermal compound has some unique properties compared to other CPU thermal compounds on our list. It’s a high-performance substance that can outlast others with its mix of synthetic diamonds.

It provides more thermal conductivity than silver and will reach peak performance after only 2 hours of use. The break-in period is minimal with this paste.

While you won’t get 7 carats of diamonds from this syringe, it gets the job done and comes 1.5 grams per package. It’s one of the best thermal paste for CPU, and a little goes a long way given its consistency.

The IC diamond 24-carat thermal compound is so stiff that it practically forms a conductive layer of armor between the CPU and its mated cooling system. This firmness makes it perfect for video cards.

It’s completely free of metal and can be cut to any dimensions needed but it’s not recommended for desktop CPUs.

Coming in at number 10 in the list of our best thermal paste for gaming is the easiest to use the Arctic mx2 thermal compound.

It’s a good choice for the majority of upgrades because the proper application is extremely important to how well these products work is suitable for all but the most intricate cooling setups.

This is a carbon-based formula with zero electrical conductivity, however, it can be tough to remove.

Available in three and four-centimeter squares the innovation cooling graphite isn’t a CPU thermal paste, but a sheet of highly conductive material that doesn’t need spreading or scraping.

Between cooling graphite thermal pad vs thermal paste, the former is easier to use with the option to reuse and remove easily. However, the thermal paste is required more attention when it comes to removing and reapplying on the CPU or GPU.

Its dry nature means it can even be reused for multiple upgrade cycles it won’t run or crack over time and forms an extremely solid bond however it is more expensive than the most thermal paste for CPU.

It’s one of the least expensive options around. Its performance is not the absolute best but it does just fine in most PCs even if they’re pushed past stop clock speeds.

It offers an above-average density and is one of the most popular choices it’s the best thermal paste for both CPU and GPU.

So that sums up our top best thermal paste for CPU and GPU in 2020. These thermal compounds help us reduce CPU temperature. If you want to build a new gaming PC or buy a new cheap gaming mouse, then read these articles. 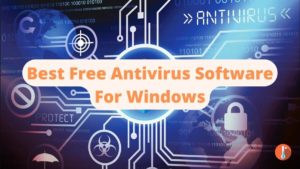 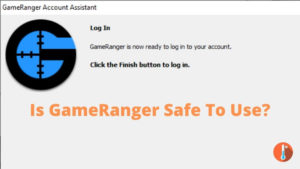 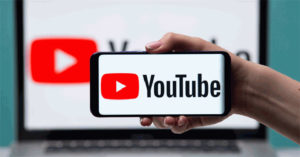 What are the Best CPU for Video Editing 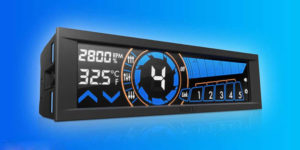