Unlock unlimited gold or lumber or just turn on the God Mode and no one can kill. With 20 plus WC3 cheats, you can entirely control your gameplay and no longer be bound to the game limitation.

In this guide, we’ve compiled a list of cheats, codes for gold and infinite gold, Easter eggs, and other secrets for Warcraft 3: Reign of Chaos & Reforged for PC.

Moreover, we’ll also guide you on how to use Warcraft 3 Reforged cheats on Windows PC & how to unlock Extra Ending.

How to use Warcraft 3 Reforged & Reign of Chaos cheats on Windows PC?

You’ve to make sure that you are playing offline because the following cheats can only be used in a Single-player campaign and offline custom maps. These cheats do not work if you are playing online on Battle Net. To activate cheats, follow the below steps.

This is how you can use cheat codes in Warcraft 3 PC.

Here is the list of all the cheat codes you can use in the game. Type the same cheat code in the chat window. For cheats with a value like GreedIsGood 500, you can modify the same to get more.

Beat the Night Elf campaign on the HARD level setting and after the original ending (with all the outtakes) a Starcraft battle takes place using the Warcraft III 3-D graphics engine.

How to use Warcraft 3 The Frozen Throne Cheat Codes?

Below is the list of the cheat codes for Warcraft 3 The Frozen Throne.

In this version of the game, there’s a secret tower defense level called The crossing. To gain access to it during The Dungeons of Dalaran, the Alliance campaign’s third chapter.

Get the Hidden Tomes of the Ancients

Gain two Tomes of Intelligence, one Tome of Strength, and two Mana Runes during the Night Elf campaign. To do that, kill all Makruras located in the top left corner of the map, then use Maiev’s Blink ability to reach the top of the wall in the farthest north section of the base. You will see the message, “Secret Area Tomes of Ancients Discovered.” Pick up the tomes and mana runes.

Get a Hidden Mana Rune and Tome of Strength

Find a hidden island with some goodies during the Night Elf campaign’s Chapter 1: Rise of the Naga. The island is across the water from some burning boats along the coast and it can be reached using Maiev’s Blink ability. Once you reach it, defeat the naga there to claim your rewards. 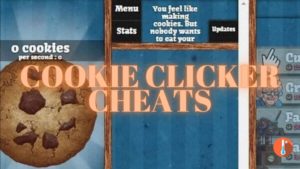