It has become more crucial to monitor system hardware on Windows 10 PC and laptops because the potential failure of hardware is increasing every day.

To be on top of your hardware you need to download the best free hardware monitoring tools. These system hardware monitor software communicate with various hardware components using the sensors and present data in easy to understand format.

If you want to check what causes the hardware failure or recently bought new hardware and want to test its performance. Look no further, we have compiled the list of best hardware monitoring software for windows 10 to actively monitor system hardware.

A Hardware Monitoring tool analyzes the periodic information collected from the core components and then displays it in real-time graphs.

With these tools installed in your system, you can prevent your computer from Overheating. Additionally, you can also use it to check CPU temperature, control fan speed.

All of these are resource monitors are free, reliable, and support Windows 10 and 7. These tools will help you monitor system hardware instantly.

The Performance Monitor for Windows 10 is a graphical desktop widget that places four system monitoring graphs on a desktop. You can see the CPU, RAM, HDD, and network usage performance in a graph. This PC performance monitoring software is lightweight, consumes less space on the hard drive. It’s the best monitor to check RAM usage on Windows 10.

This tool provides information in multiple colored graphs, making it easier for users to know which PC component is getting more warmed up. Download this activity monitor for Windows that supports Windows 10, Windows 7, Windows 8, and all previous versions both 32 & 64-bit.

You can also download the Performance monitor portable version which is free. It is the best tool to monitor system hardware and its performance.

Download the latest version of the Open Hardware monitor that supports Windows 10, Windows 7, Windows 8, and all previous versions both 32 & 64-BIT OS. You can also download this hardware monitoring tool in Linux for free.

As an open-source product, Open Hardware Monitor is cost-free and easy to install. You can download the program as a file or source code.

Now get system information windows 10 with HWiNFO 64. It’s a freeware tool. It can monitor CPU temps of all cores. If your computer has a multiple-core processor it can read all cores. HWiNFO monitors system hardware such as graphics card, BIOS, RAM, system cache, drives, and many more. It shows a system summary on a single screen. Among other CPU temp monitors, HWiNFO also allows you to check computer specs on Windows PC. The HWiNFO is available in HWiNFO64 and HWiNFO32 both versions support Windows 10/8/7/Vista/XP. It’s free of error windows friendly PC monitoring tool.

PC Wizard is the best CPU monitor windows 10 and benchmark tool for system’s hardware, PC Wizard can detect not only hardware but other system information as well. As informative gadget-free PC Wizard is easy to use, it does not put extra strain on the hardware. Once PC Wizard is launched it takes some time to detect all the hardware installed on the PC.

HWMonitor is the best PC monitoring tool for Windows PC. It keeps track of vital computer statistics so that you can prevent computer overheating. This CPU monitoring software can display accurate readings regarding temperatures, voltages, and the fan speed of the PC. In other words, HWMonitor gives full control over the PC’s power stats and monitor system hardware accurately. The best thing about this computer temperature monitor Windows 10 is that it gives an instant overview of the PC’s vital power and heat stats. This system hardware monitor is very light, free to download, and error-free. As GPU monitors windows 10, HWMonitor is also the best tool, because it shows GPU temperature range.

Once installed CPUID HWMonitor displays all data in one clear chart in three main categories. It uses ITE IT87 and SMART sensors which all modern computers have on their motherboard and provides system information. Its Pro version is made for professionals which provides some extra features like superior logging capabilities and graphing. But its basic version is also good for all average PC users. HWMonitor 1.34 can be installed on Windows 10, 8, 7, Vista, XP.

Read Also: How to Read HWMonitor | Which CPU Temp is Correct?

SiSoftware Sandra is a reliable resource monitor windows 10. It’s an advanced system hardware monitor windows 10. It carries out many functions on PC such as benchmarking, analyzing, and listing the hardware or software components. This system hardware analyzer has a simple interface with colorful icons for it’s each tool. The Free lite version of Sisoft Sandra provides more features like wireless networking benchmarks,13 hardware, and 14 software information modules.

This Windows 10 resource monitor doesn’t hang or crash PC nor does it puts a strain on computer memory. Sandra Pro version is also available in the 32 & 64-bit windows version. SiSoftware Sandra, it is lite and pro version supports all Windows operating systems like Windows 10, 8, 7, Vista, XP.

As its name suggests core temp gadget is a PC temperature monitor that provides readings on voltage and temp of individual cores of processors. It also shows a load of each core so that you can see how CPU temp changes with load. As a CPU temp monitor core temp is one of the best software which is free, easy to use, and mainly built for beginners. In case computer hardware shows the sign of overheating then download ALCPU Core Temp. It provides live real temp which is accurate.

These are the best tools to monitor system hardware on Windows PC. Some of these programs can’t control PC fan speed yet they display accurate reading about thermal status. So, if you want to know what is the best fan control software then click on that link. 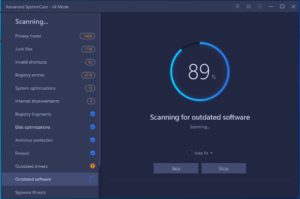 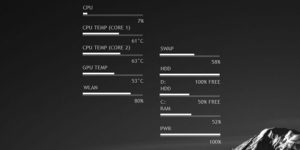 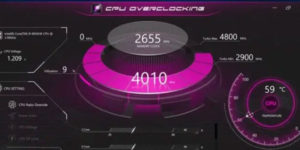